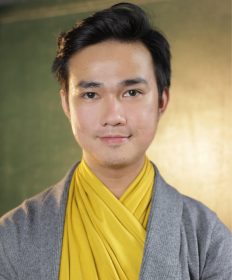 
My name is Breech Asher Harani, a filmmaker, photographer and visual artist from the Philippines. In 2014, I directed my first experimental film ‘Through the Mirror’ about LGBTQ Discrimination and got screened and recognized in Serbia and the US. In 2015, I was awarded by TIME Magazine as one of the 5 International Champions across Asia and the Pacific for promoting peace and well-being through my video. This led me to create my first animated short film ‘BLUE’, a film about Diversity, Social Inclusion and Migration and won the Plural+ Youth Video Festival 2015’s INTERNATIONAL JURY AWARD and UNITED NATIONS TELEVISION AWARD. In 2016, I was invited by the United Nations Alliance for Civilization to become one of the international speakers to the 7th Global Forum in Baku, Azerbaijan and helped discuss issues on Migration through youth produced media.On the same year, I was invited by Chatham House: The Royal Institute of International Affairs as one of the presenters of the 2016 International Policy Forum in London to discuss gender parity. In 2017, I collaborated with a fellow Plural+ Alumnus from Pakistan to create an animation short film ‘My Story’ which tackles the issue on Religious Discrimination. I also trained three children from Compostela to produce ‘Twighead’ which talks about social inclusion and won multiple awards during Plural+ 2017. Before 2017 ended, I was invited by UNESCO to attend the 2nd International Conference on Youth Volunteering and Dialogue at the UNESCO Headquarters in Paris and present my video that promotes the culture of the Indigenous people of Mindanao through my video ‘If I Were an Indigenous Filipino’. Early this year, I was also chosen to represent the Philippines to the 2nd International Youth Forum on Creativity and Heritage along the Silk Road in Changsha and Nanjing, China.