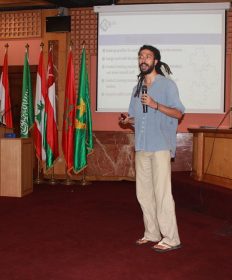 
I am a filmmaker and engineer in Automated Systems and Data Processing, also holding certification on political studies and social analysis from several International foundations. Co-founder of the 20th February movement in Morocco, a social movement claiming for social justice and freedom of living, founder of Africa Unite Morocco collective focusing on migrant’s right and fighting against racism in Morocco and I co-founded projects aiming to spread values of participatory democracy and gender equality, awareness of citizenship and coexistence values among youth.