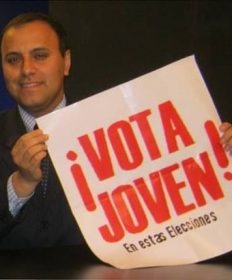 
Mr. Pardo as president of Internacional Juvenil (IJ) he has worked for a long time in favor of youth worldwide. He won two awards of best practices of youth in Latin America granted by the World Bank and by UNESCO, IADB, ILO and other multilateral, being congratulated by the Peruvian National Congress. He has also published in Daily “El Comercio” and "La Republica" of Peru and other media. He was member of the Executive Committee of the Peru's Council for Peace and was adviser INDEPA, government entity for indigenous affairs. He was scholar of the UNAOC Summer School at the University of Lisbon, INDES at the IADB in Washington DC and International Institute of Leadership in Israel. He is former Vice Mayor of the Municipality of San Luis - Lima (2003-2006), he was considered the youngest of Peru. He also received award “Civic Medal of Law” from the Lima Bar Association (CAL), and declared Guest of Honor by the Los Salias City, Venezuela. Born in Lima on January 5, 1977, Mr. Pardo is a graduate of School of Law at University of San Martin de Porres, where he was president of the students. Is Master candidate in Political Sociology at National University of San Marcos in Lima and currently studying an J.D./PhD. (Political Science) at the university's own graduate school. Mr. Pardo has co-authored the Book Homage to the 60 years of the Universal Declaration of Human Rights, edited by CAL and author of "Mi Peru la verdadera autonomia". He was guest speaker at the 5th. Vienna Global Forum 2013 UNAOC. Is Official Delegate of the Civil Society of Peru in the Forum of Citizen Participation of UNASUR and recognized by this international organization as promoter of the creation of the Group of High Authorities of Youth of the UNASUR.