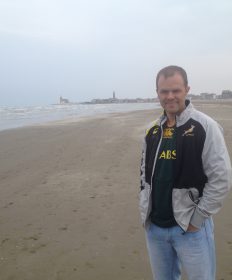 Coren Jonathan Allen
Founder, What if it Just Started Raining?”


The author of What if it Just Started Raining? and founder of The Kambimbi Academy, is a native of Salem, Oregon, on the West Coast of the United States of America, and has travelled or worked in more than 29 countries throughout Africa, North America, Europe, the Middle East and Asia. A 1994 graduate of the United States Military Academy, West Point, New York, Coren is a retired US Army Soldier having served the United States Army in capacity as either a Cadet (student) or Soldier, since completing Cadet Basic Training during the summer of 1990 through January, 2016. As a combat helicopter (UH-60 Blackhawk) pilot, he is a veteran of Operation Iraqi Freedom and as a theater logistics planner, a veteran of Operation United Assistance, which combatted the deadly Ebola virus in Liberia. Additionally, he has served with more than 28 unique missions on the continent of Africa. The Kambimbi known as Coren Allen brings an extraordinary perspective to peacebuilding, conflict prevention and diversity education. ​During two consecutive assignments (2011-2015) with the United States Department of State’s Bureau of African Affairs, and the United States Army in conjunction with the U.S. Army Africa, Coren spent 42 months working with countries on the continent of Africa. The breadth of knowledge gained through 27 years of travel and work experiences has given him a unique and multi-cultural perspective that is now the foundation upon which The Kambimbi Academy is built. Additionally, through a separate endeavor that began in August of 1990, Coren has reached more than 5 million people earning an online audience of more than 15,700 fans in 45 countries. With a passion to fight hatred and prejudice in every corner of the planet, Coren is on a mission to celebrate human equality, by bringing a message of enduring hope to humanity.