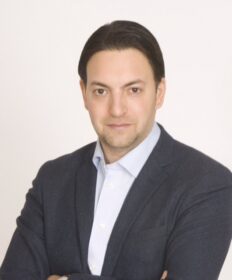 Daniel Schatz is a Visiting Scholar at New York University and a fellow with New America. Schatz holds a doctorate in political science from the Humboldt University of Berlin. He as served as a visiting scholar at the European Institute of Columbia University, at Harvard University’s Weatherhead Center for International Affairs and has held positions as Fellow at the Freeman Spogli Institute for International Studies at Stanford University and visiting researcher at Georgetown University’s Walsh School of Foreign Service. Schatz has been a non-resident researcher at the Europe Forum of the Hebrew University of Jerusalem and at Lund University’s Center for Middle Eastern Studies. A specialist in government relations, media relations, diplomacy and international affairs, Schatz’s professional appointments include positions at the United Nations, the European Parliament and the Council of Europe. Apart from his academic and professional pursuits, he has been involved in practical policy work, held positions in Swedish politics and was nominated as a candidate for Parliament. Schatz’s award-winning articles, opinion pieces and expert commentary on international affairs have appeared in leading publications as the New York Times, the Economist, Die Welt, the Wall Street Journal as well as in peer-reviewed journals. He has lectured internationally, been a contributor to CNN.com as well as Forbes Magazine and worked as an op-ed writer for Svenska Dagbladet, one of Sweden’s largest dailies. He was named a New Leader by the Carnegie Council for Ethics in International Affairs and serves as an elected member of the Harvard Club of New York. Schatz graduated with a master's degree in political science from the University of Lund and completed studies in international relations at the Hebrew University of Jerusalem and New York University. He speaks Swedish, English, Polish, German, Hebrew, and Russian.