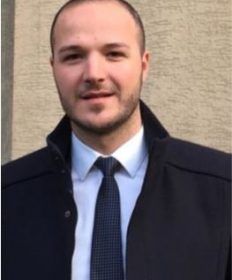 I am Drilon Shala, 29 years old and I come from Gjakova, Kosovo. As an individual I have always placed significant focus on two aspects: developing myself academically and professionally and meanwhile give my contribution with all the potential I possess first to my own society and then elsewhere too, and all this through active involvement and interaction (creation, share and exchange of ideas) with young people from different communities and networks, with the main objective - to act as a driving force for positive social change. I have attained a BSc in Business and Economics in the Jönköping International Business School in Sweden and a MA in International Political Economy in the University of Birmingham, United Kingdom. From a very early stage I have participated in several youth exchange programs, seminars and conferences both in the domestic and international level, whose main objective has always been the discussion of matters concerning youth. Initially, I have been involved in several NGOs and non-formal youth clubs such as Human Rights Club “The Future” and Debate Club “Speak and Respect”, and have been an active member of Gjakova’s and Kosovo’s Youth Network and am planning to be actively involved in Innovations Lab Kosovo.