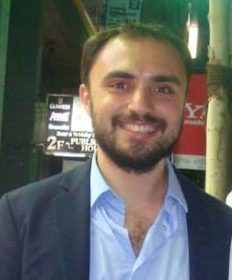 
Dr. Hussam Hussein obtained his PhD degree from the School of International Development, University of East Anglia – Norwich, UK. His PhD thesis investigated the discourse of water scarcity in the case of Jordan, and its impacts on transboundary water governance. After his PhD, Dr. Hussein worked as a postdoctoral research fellow at the American University of Beirut, investigating hydropolitics in the Levant region. His research focuses on the role of discourses in shaping water policies in the Middle East, on transboundary water governance and critical hydropolitics, and on issues related to the political economy of water resources in arid and semi-arid regions. His research publications cover the construction of discourses, the role of textbooks in shaping and reproducing perceptions on water scarcity, and critical hydropolitics. Dr. Hussein is a Visiting Fellow of the Water Security Research Centre – School of International Development of the University of East Anglia (UK), Vice-Coordinator of the Mediterranean Youth Water Network, and affiliated scholar of the Issam Fares Institute for Public Policy and International Affairs (IFI) at the American University of Beirut. Dr. Hussein obtained his BA (2007) and MA (2009) in international relations and diplomacy from the University of Trieste – Gorizia (Italy), studied Middle Eastern Studies at SOAS, University of London (2006/2007 Erasmus exchange programme), and obtained an MA in Interdisciplinary European Studies from the College of Europe (2010). He also worked for the Italian Embassy in Amman (Jordan, 2008), European Parliament (Belgium, 2009), and for the International Finance Corporation – World Bank (USA, 2011-2012).