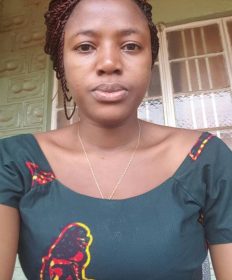 
Ngombulango was born and raised in Kenema City, eastern Sierra Leone. While pursuing her university education at the Institute of Public Administration and Management (IPAM) University of Sierra Leone, she maintained her stance as a volunteer at Youth in Action for Development (YAD). After attaining her degree in Banking and Financial Service, Ngombulango was appointed as YAD’s Finance Officer. Due to her diligence, dedication, sincerely and commitment in handling the organization’s finances, the board of directors decided to promote her to the position of Administrative/Finance Manager in the year 2017. Though Ngombulnago is primarily educated in banking and finical services, but her commitment to community development and peacebuilding is remarkable. She has led YAD’s inter-school sensitization campaigns against violence among adolescent boys and girls; she is the head of the organization’s youth cohesion initiative which is aimed at fostering sociocultural cohesion and friendly coexistence among the youth in the eastern district of Kenema. Isata is an alumnus of the UNAOC’s Young Peacebuilders programme.