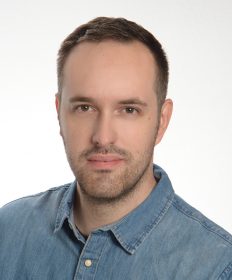 Jasmin holds a Ph.D. in Political Science from the Universite libre de Bruxelles and LUISS Guido Carli of Rome. His research interests revolve around diaspora studies and demographic changes associated with post-conflict migration, along with peacebuilding and transitional justice in multicultural societies. As a part of this Ph.D. research, he conducted fieldwork in 25 local communities in BiH. His work has been generously supported by the EU Commission, Open Society Foundations, and ULB’s CCCI. He currently serves as the Executive Director of Humanity in Action BiH, an international non-profit focused on minority and human rights. He has worked as a Research Analyst at the Center for Security Studies in Sarajevo and as a legal associate at the Crime Suppression and Re-Socialization Initiative focusing on evaluating the efficacy of the Bosnian penal system reform. He has completed professional traineeships at the European Parliament and the Bosnian Embassy in Brussels. Jasmin holds an LL.B., and an LL.M. (Hon) from the University of Sarajevo. He completed his undergraduate education at Masaryk University in the Czech Republic, majoring in International Relations and European studies, and holds an M.A. degree in Political Science from Central European University. A native of Sarajevo, Jasmin is fluent in English, Czech, Slovene, and Polish. He participated in several intensive international leadership programs in the US, the UK, France, and Germany. He is an alumnus of the British-Bosnian Fellowship in London and the Diplomacy and Diversity Fellowship in Washington, DC and Paris. For further inquiries please contact him directly.