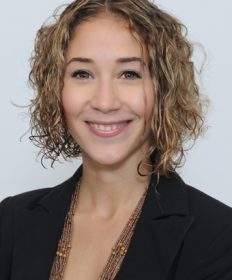 
Kamilia Lahrichi is a foreign correspondent based in Argentina. She covers international affairs in English, French, Spanish and Arabic. She is learning Portuguese and is regularly translated into Chinese. Kamilia Lahrichi is the recipient of the 2015 National Press Foundation fellowship in Abu Dhabi and two 2014 United Nations Foundation Press fellowships in New York City. In addition, she is an Emerging Leader fellow at the United Nations Alliance of Civilizations in Qatar, Jordan and Morocco. In March 2015, Morocco’s government invited her to Rabat to reward her with a merit trophy for her work as a foreign correspondent and for representing a new generation of young female leaders in the country. Kamilia Lahrichi was selected – among 600 applicants – by the European Youth Press to cover the Deutsche Welle Global Media Forum on international affairs in Bonn, Germany in June 2015. Prior to that, Kamilia Lahrichi was an editor in charge of a monthly magazine at Thomson Reuters in Hong Kong. She appeared on Radio Television Hong Kong to analyze Middle Eastern affairs. Kamilia Lahrichi has published articles for CNN, The Huffington Post, USA Today, VICE News, South China Morning Post (Hong Kong), International Finance Magazine (U.K.), Global Post (U.S.), L’Orient-Le Jour, The Daily Star (Lebanon), Palestine-Israel Journal (Jerusalem), among others.