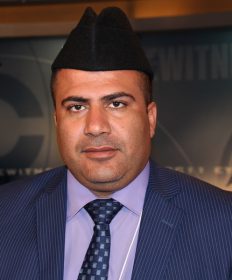 
My name is Mohammad Rahim of Iraq was born in 1980 and got a diploma in law in 2003 and a Bachelor of Law in 2007, worked in the field of media since 2004, and so far , where she worked in several institutions of Iraqi and foreign , and worked as the director of campaigns for the list of Iraqi political , and worked as an activist in human Rights since 2011 and also the coach of the press participated in human rights campaigns and Njkt two , namely: a campaign to pressure the government and parliament to abolish the law of the rights of journalists to contain clauses that restrict journalistic work , as well as a campaign to stop the enactment of cybercrime . But in 2009, worked with a huge company Advertising to participate in a propaganda campaign and advertising to fight terrorism in Iraq and was a good business where you type stories about terrorism and how to treat and there was another department produces a story in the form of a film . As in 2013 and is getting a certificate of appreciation from the U.S. State Department to my participation in the leadership of the International Visitor Program , where I visited through which universities and official institutions and media in four U.S. states .