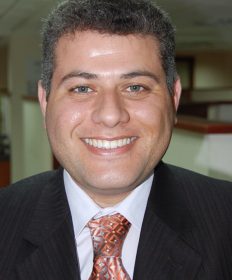 
I am Yaacob Kaddory. I studied media and journalism in University of Damascus to pursue and graduated in 2003 with a “very good” grade. I started my career as an editor at Damascus-based online news website Syria News.com, which became the most renowned news website in Syria. Within four years, I got promoted to a producer and then editing supervisor. I also worked as Editing manager in the same website for a few months before leaving Syria. I took part in training tens of novice journalists in Syria after receiving an intensive training with BBC about professional standards in journalism, news story writing and training the novice journalists. In 2009, I landed a job as local news deputy director at Bahrain’s Al-Watan newspaper and then the section’s direction for a short period before being promoted to the position of editing secretary. I convinced the paper’s management to create an online news website instead of the paper’s old website. I oversaw the online news website foundation and execution of ideas. I also selected and trained a team of editors for the website. From 2010 to the present time, I have been the editing manager of the online news, which, within less than a year from its inception, has achieved a remarkable progress and attracted an ever-growing readership.