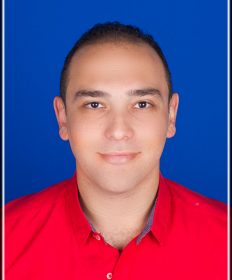 Ziad Bakri is a Palestinian living in Gaza. He has been a part of various programs and youth initiatives that promoted cultural exchange, overcoming stereotypes and aimed at building peace. He did so through working with international NGOs like Mercy Corps where he worked at Global Citizen Corps youth project and AMIDEAST at which he organized and implemented cultural exchange and community service activities. He also worked in gender and livelihood projects in UNRWA and other organizations. Currently, he is working at Catholic Relief Services organization which promotes the integration of peacebuilding, governance and gender concerns into all its programming, with the goal of resolving conflicts and changing unjust structures, systems and policies. He works at three projects: Emergency Rapid Response, Child Friendly Community Centers and Shelter Preparedness. Ziad had participated in organizing the second TedX event that occurred in Gaza. In addition to that, he had his own radio show “Gaza Talks” in English Language where he discussed variety of topics related to youth empowerment, gender issues, initiatives, etc. Ziad has a master degree in Business Administration from the Islamic University of Gaza. He also possesses a bachelor degree in Mechatronics Engineering and an international diploma of Business Administration.