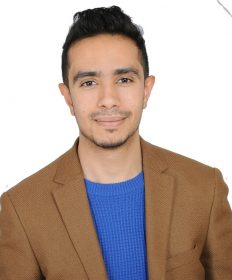 
Mohammed Almahdi, a 26 year-old activist, filmmaker, journalist and Chairman & Founder of Shift Foundation where he and his team screening Yemeni and international films in educational and cultural places such as schools, universities, NGOs, Cafés and companies for kids, youth and society. Aiming to create spaces for peace building among Youth, Women and Children by films and discussions during the 4 year war of Yemen and looking to a more stable future to his country. Mohammed was born and raised in Old Sana'a, Yemen where his family, friends, and neighbors calling him"Alien". He is a young, energetic and sociable person, earning to take himself to a higher step of learning and development that is why he has studied double major Bachelor, "Media" and "French Literature" at Sana'a University.