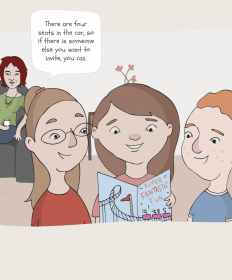 
All Together Now promotes racial equality through education. It is Australia’s only national racism prevention charity. The organisation was formed in early 2010 by Priscilla Brice, who after working and volunteering for organisations focussing on rights-based asylum seeker and Indigenous issues, realised the need for an organisation in Australia that would consistently focus on racism over the long term. All Together Now has since gone from strength to strength. Its One Parramatta project was awarded the Building Inclusive Communities Award and the Jim Samios Memorial Award in 2013 and a ZEST Award in 2014. Its Everyday Racism app was awarded The Intercultural Innovation Award in 2014 and the PEACEapp prize in 2015. The organisation's major projects in 2017 are Community Action for Preventing Racism (CAPE) that focuses on preventing more young people from joining white nationalist groups; and Kids Together Now which provides anti-bias education for 8-10 year olds and their classroom teachers.